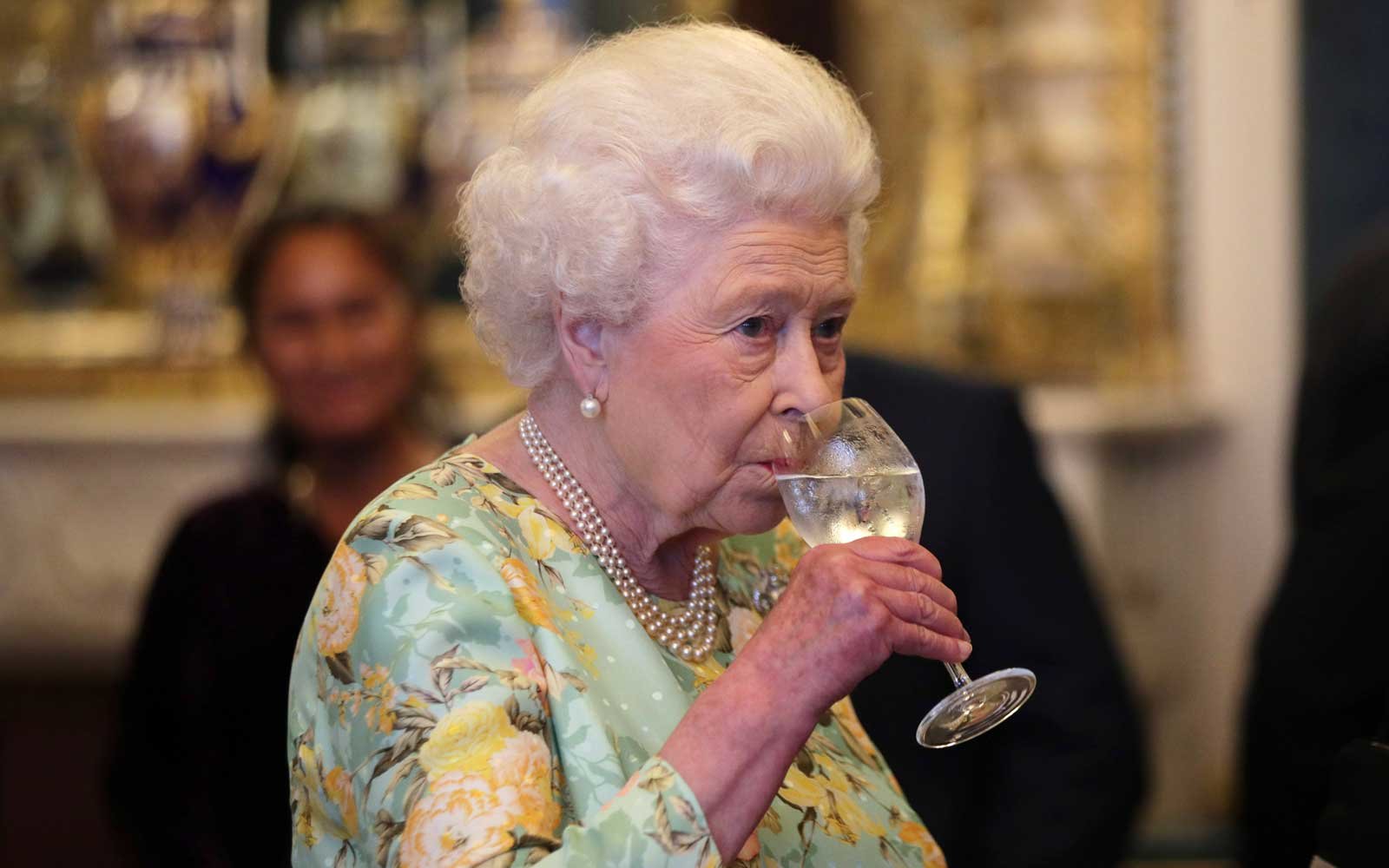 The Queen Has Four Cocktails a Day, but Not at the Times You Might Expect,
the Quenn it would seem to us, more than essentially anyone else on the planet, deserves to be able to eat and drink and behave absolutely however she wants. If she wanted to jump on a trampoline from 4 p.m. to 5 p.m. every day while the Friendstheme song played, and wanted to eat sushi with a side of sliced American cheese for every meal, we would just smile, nod our heads, and ask what size trampoline she wants and what brand of American cheese she prefers.

The monarch of more than six decades does, in fact, have quite peculiar and specific dietary preferences.

Her first drink, per former royal chef Darren McGrady, enjoyed shortly before lunch, is a gin and Dubonnet with a slice of lemon and a “lot of ice.” Sure, this sounds about right. A classy and posh and powerful concoction.

O.K., then, also at lunch, the Queen drinks a dry gin martini, according to her cousin Margaret Rhodes. So, yes, we are now at three drinks by roughly 1 p.m.

Her final drink of the day? It actually doesn’t come until she’s going to sleep: a glass of Champagne before bed.

The way her four drinks are spaced out throughout the day is not really how we would have anticipated it, but maybe—likely—the Queen knows something we don’t. Three drinks before the end of lunch . . . and then a break until bedtime: the key to success and longevity and happiness? Perhaps the Queen is really onto something. If she didn’t already have enough on her plate, we would be encouraging her right now to start a Goop or Draper James of her own; we can only imagine what other sort of lifestyle-related tips she must have to share.

AveElisabeth and God Save the Queen